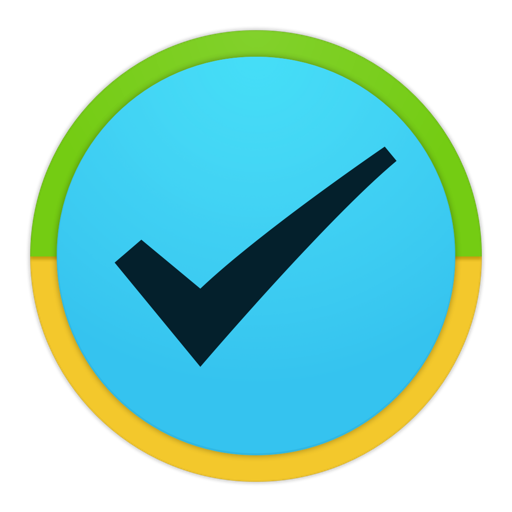 2020-12-03更新
Create checklists for simple task-management.
立即下载
2Do是一款GTD工具。 这个工具因该很多人知道了，因为他就是有名的 Group 软件的制作公司所開發的，介面也是同樣的华丽。GTD®, XYZ and everything in between - it can handle it all. Seriously.

2Do lets you take a completely different approach to managing your tasks. With its extremely simple-to-use interface and a comprehensive and flexible set of powerful features, it lets you focus on what's most important to you: your life. There is no wrong way of using 2Do, and unlike other to-do apps, it won't force you in adhering to a particular task management methodology.

SIMPLE TASKS, CHECKLISTS & PROJECTS
• Create simple tasks, or checklists and projects with sub-tasks. Tasks can have notes, attachments and multiple alarms.
• Set any task to repeat using a flexible set of options.

LIST GROUPS, LISTS & SMART LISTS
• In addition to built-in Focus lists that allow you to conveniently view upcoming, starred or scheduled tasks, you can create multiple lists to manage and organize your tasks.
• Smart lists let you harness the true potential of 2Do using a number of search options, filters and search pre-sets. Using Smart Lists, you can create custom views of your tasks and use them to focus-in or find frequently managed tasks.
• Furthermore, related Smart lists and Lists can be grouped together using a List Group in the order you desire.

TAGS
• Manage tags within Tag Groups.
• Easily assign tags to tasks and vice versa.
• Leverage the easy to use yet powerful integration of Tags & Smart Lists to filter on frequently managed tasks.
• Find Used vs. Unused tags with a click.

QUICK ENTRY
• Save your thoughts as they come to you. Using a global hotkey, Quick Entry allows you to add tasks from any app or any Space.
• 2Do does it right. Quick Entry works even if 2Do was not launched or is not running in the background.

QUICK LOOK
• Works just the way Quick Look does in Finder or other built-in OS X apps. Use the spacebar to zoom in and out of a task to preview notes, multi-line titles or other details attached to your tasks.

ALARMS & NOTIFICATIONS
• Stay on top of your tasks with alarms and notifications. Supports Notification Center as well as a built-in notification system which works even when 2Do is *not running*.
• Set up automatic alarms for your tasks.

PASSWORD PROTECTION
• Your life is a private affair. Manage it by locking out individual lists or the whole app with a single click.

AUTOMATIC BACKUPS
• 2Do values your tasks. Periodic automatic backups are created for you which can be transferred from one machine to another or from the iOS version of 2Do to the Mac and vice versa.
• Save & restore of external backups

FLUID
• Adding and editing tasks is blazing fast using in-place editors and popovers
• 2Do supports both mouse users, by offering them numerous shortcuts, as well as keyboard power-users by supporting dozens of keyboard shortcuts
• 2Do won't slow down over time* Improved connectivity with Custom CalDAV servers
* Reverted a recent behavioral change to repeating tasks with both start / due dates when "Repeat on completion" was set. Only the due date is now primarily selected for the next occurrence.
* Ongoing stability and performance improvements
展开
任务管理